I sat down with Crytek CEO Cervat Yerli to discuss the free-to-play market, the launch of their new social platform GFACE, the early beta reception of Warface. Check out the fascinating interview below and be sure to come back to the wiki for more news and information about the Warface and its upcoming open beta.

1) Going free to play, there’s a lot of different games in the market, and there has been a variety of ways it’s been done, what do you think are some the biggest failures of the free-to-play industry?

Free-to-play was always the price efficient way of playing games. In the western world, high quality is retail and imported games would take the free-to-play model. Many free to play developers have created their own business model, many which could be considered a play-to-win system. Many free to play developers have created a business model to apply their game to, and both the low quality and play-to-win aspects of these games create a dark image around free-to-play genre. 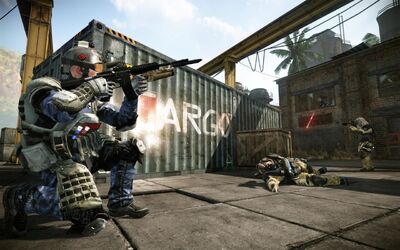 In our vision, we wanted the most efficient business model for the gamer, the fairest one. If I don’t want to pay, I don’t pay. If I want to pay for something, I will pay for something. It should not be for the game itself, but for the convenience of time or personalization. The basic goal is to enable everybody to do what wish to in-game, which means accessing the game at your own pace.

2) How much do you think you need to defy the expectation of free-to-play as low quality?

Apart from making the game, we’ve been very loud about it. We ensure that there is absolutely nothing about the game that reflects play to win. To be a fair business model, we ask ‘how can we bring the most fair value to gamers around the globe? ‘How can we each everyone across the globe equally?’

The game has to be high quality, it has to be free-to-play, and it has to be free-to-play in the right way. Then the other added value is the social aspect. How do you turn a game in the modern era into a meaningful innovation that drives gameplay? Whether it’s of entering games, playing them, interacting with the community, post-game reviews, we tailor those to social experiences.

What happens usually is many newbie’s enter the co-op experience. They form friendships over the game. When we had the game running through Russia and Asia, the players start with co-op sessions. It’s usually how people find each other. They form teams and they play against other groups, who form teams. It starts there and then they battle it out in the PVP realm. 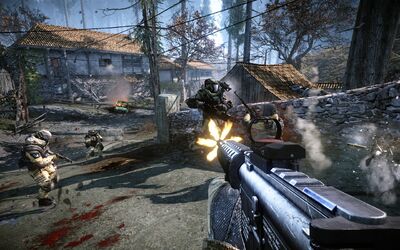 That funnel was an intentional focus, we designed with an idea of ‘how can you make a shooter game more accessible?’ I feel co-op is more accessible than the single player can be. In a co-op game, it just takes one friend who’s pretty good to take care of you. Newbies feel protected and guided, and you know someone has your back. The co-op is super entry-friendly, and it was designed intentionally to naturally lead the player to the more completive modes later on.

4) Are there any plans or ideas in the works to push Warface to high-level competitive play or Esports?

I’m very excited about esports, and it’s possible to redefine the game into that area. When you look at gaming, where the entry is kind of the more casual markets, most of the casual, passive way to enjoy games is to watch them, and the other extreme is to fight for money and be a professional player. We want to cover this entire range of players with Warface at some point.

5) What sort of lessons did you learn from the Asian free-to-play market that you think is valuable in the North American market?

The big thing was the social lifestyle of those who play games. As a region, it accepts pro-gaming in a big way. Pro-gamers could number in the hundred of thousands. The culture has been there and has been growing constantly, and that was very inspiring to watch how people experience eSports, or how they become pro-gamers. What these regions were lacking were high quality games.

The biggest take-away from that market was to combine the high quality experience of the best of competitive markets with a more modern business model. That’s an inspiration of the business model, giving the most fair model to the users. Then, nothing should technically go wrong –laughs-. Business model from the best eastern market, but revise it so it’s the most fair model. It should be fulfilling to a large amount of players

6) Have there been any surprising reactions from these Russian or Chinese Warface communities?

The co-op mode has been much more favorable than we originally anticipated. When you watch the bigger gaming trends, there is usually split in a 20/30 percent of games that remain active over a long period. Those long lasting games live because of the PVP modes. 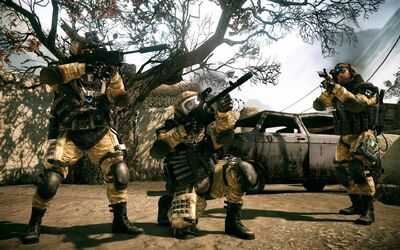 When we look at our split from PVP and PVE modes, it’s actually been a 50/50 approach. This has been a bit surprising, but we have always been focused on PVE to be valuable long-term: the focus on a sort of unified progress. You start PVE, go to PVP, but sometimes you don’t want to play against players. The time put in has been pretty even so far.

7) With free-to-play, always-online games, developers have to sacrifice the modding communities, how can users customize their gaming experiences in Warface?

We have quite a deep modding background with Crysis and we think there is a new culture possible in the market. I think two areas that are ripe for reinvention are esports and user generated content. I’m excited to see these areas evolve and I feel there could be a whole new realization within these markets that we could certainly apply to Warface.

Retrieved from "https://warface.fandom.com/wiki/User_blog:JAlbor/Warface_Interview_with_Crytek_CEO_Cevat_Yerli?oldid=3963"
Community content is available under CC-BY-SA unless otherwise noted.