Unlike most other online shooters, Warface offers a vast, and constantly updated PvE universe designed for co-op (cooperative) gameplay.

Considered a training environment that the player can use to familiarize themselves with different types of opponents, mission maps, and squad tactics. Though fairly easy, these missions can be profitable in terms of money and experience earned. The easy mission updates significantly less frequently than higher difficulty ones and the map/mission can remain the same for up to 7 days. (confirmation needed)

The first true test of a squad’s abilities, and requires true teamwork and individual skills. These missions usually feature some special type of challenge such as a boss fight or a “safari objective". Naturally, these missions provide higher rewards than their Initiation Mission counterparts. Regular missions are updated every 24 hours, providing players with new content every day. A fast time and a high score will net you small amount of Crowns.

Incredibly difficult campaign that requires insane amounts of cooperation and skills, but provides twice the reward of the hard missions; however, according to developers in a PvE walkthrough video (see video at right), only about 7% of all squads actually complete the mission objectives at this difficulty setting. Just like Regular Missions, Skilled Missions are updated every 24 hours. A fast time and a high score will net you medium amounts of Crowns.

Much more difficult than Skilled; the NPC's deal enormous amounts of damage and high team coordination and class knowledge is required. Just like Regular and Skilled Missions, Hardcore Missions are updated every 24 hours.A fast time and a high score will net you large amounts of Crowns.

This mode is much more difficult, with players traversing the Blackwood Headquarters. There is a total of 20 Waves. Each time you finish a wave, you proceed to the elevator and go to the next level. With each wave, the level difficulty increases. At the final floor, you will need to take out a helicopter that is leaving for a short period of time (unconfirmed). At the end, if you manage to complete the mission, you are rewarded with extremely high amounts of experience, money, and a Random Box containing money, a random item, and Respawn Coins.

These names have since been renamed. 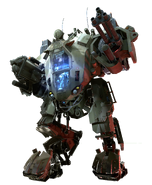 Add a photo to this gallery

A first-time bonus is given once a day (12:00 AM EST reset), after new missions have been released. The bonus gives around twice as much money and experience as you would normally get without it. This applies for Regular, Skilled, and Hardcore Missions. You will know that the first time bonus is available when you see the 'NEW' sign next to a mission. If you have completed it for the day, it will say 'COMPLETE' instead, and you won't get the bonus.

NOTE: Initiation Missions do not provide a Daily Bonus even when it is flagged as 'NEW'.

Completing side missions called 'Commander's Orders' during the PvE Mission will provide an additional 10% Exp bonus for each one completed at the end. You can check what they are by opening up the scoreboard (TAB default). Goals include getting knife kills, silenced weapons kills, pistol kills, various headshot kills, combo kills, slide kills, etc.

Tower Raid: 9800 (there might not be a first win bonus on this mode)

Like PvP, kicking a single player requires the expressed consent of ALL of the players in the game. IE. If there are 5 players in the game currently and a vote to kick a player is initiated, if even ONE person F8's or denies the kick, the entire kick is declined, regardless of how many people F5'd or said yes. This is a major flaw in the game but as the game is still in Open Beta, they are sure to revamp this system.

Retrieved from "https://warface.fandom.com/wiki/PvE_Missions?oldid=8159"
Community content is available under CC-BY-SA unless otherwise noted.